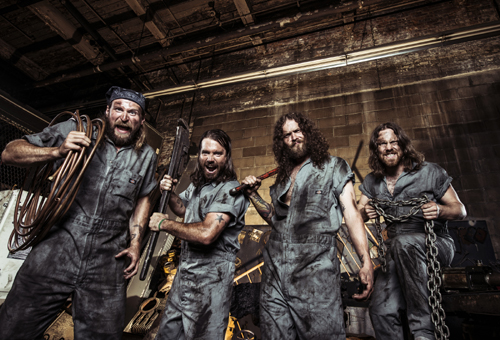 The 43rd annual JUNO nominations came down this morning, and we at Riffyou.com are pleased to congratulate a number of Riff Respected artists that have been recognized for their ability to be awesome within the Canadian music landscape.

Matt Mays (Coyote) and Monster Truck (Furiosity), both of which sat down with us late last year, have been nominated in the Rock Album of the Year category, along with Matthew Good, The Headstones, and Three Days Grace.

Meanwhile, The Flatliners, who discussed their latest album, Dead Language, with Riffyou.com back in December, were nominated for Metal/Hard Music Album of the Year. Other nominees in this category include Protest the Hero, Anciients, Gorguts, as well as KEN mode.

The Strumbellas, the first band interviewed for this site, received a Roots & Traditional Album of the Year (Group) nomination for their splendid offering, We Still Move on Dance Floors,  as did the excellent Devin Cuddy Band for Volume One.